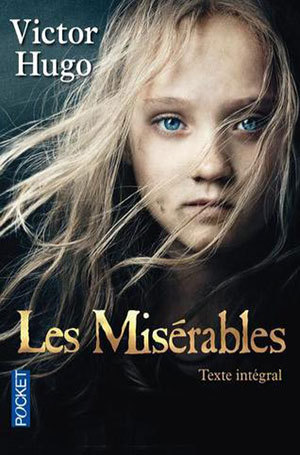 I read Les Misérables this summer. And it took me about the whole month of August to do so, and I’m a fast reader! It’s probably the biggest book I’ll ever read in my entire life. I read it because my best friend’s author is Victor Hugo, and I’ve never read a book from him. So I thought I’d start with the most famous one, Les Misérables.

Even the darkest night will end and the sun will rise.

Everyone knows what the novel is about. Les Misérables takes place during the 19th century’s French Restauration after Napoléon Bonaparte was in power. And before the real beginning of the democracy in France.

I loved this book first because of the way it was written, with the fact that there are some philosophical insights intertwined with the different stories of the characters. Like for example, Jean Valjean, every one of his chapters, starts with some kind of philosophical explanation on kindness or charity.

I also loved the way the history portion of the book is written. You can feel that Victor Hugo wrote what he saw, what he knew. It is a real historical fiction. In the sense that there isn’t a fictional part when you read it, you can feel that you are living in 19th century France. You are taught the different customs of the time and the country. It didn’t take me that long of a time to get from 21st century France to this time of the novel.

This novel is indeed part of the romanticism movement that I studied in high school. We can see it in the style of writing with the extended description and the way these descriptions are made. Always emphasizing one point that probably doesn’t matter that much. We can also see it in the way the characters are written. Optimistic in the future but pessimistic about how it is going to come and look like.

In the end, I would say that Les Misérables, despite the tragic ends it has, is a sincere message of hope in the future. It is not something that you can read and remain unmoved. Les Misérables is a testimony to human nature and humanity in general. And as even Victor Hugo says, the setting of the story doesn’t matter. It doesn’t matter whether it takes place in France or Italy, the message and the characters will always stay the same. Throughout the ages and countries, human beings remain fundamentally the same. They are both beautiful and horrible, hopeful, and hopeless at the same time. That is, for me, the true message of this novel, to realize the duality of human beings.

Should you read it?

But, what I really like the most was the way Victor Hugo depicted the character as a real human, with flaws and trying to repent. There is a real Christian philosophy embedded in the novel. Particularly in the character of Jean Valjean, who searches for redemption at all costs.

But also with the young revolutionaries are all confident that their revolution is going to change something in France. And in the lives of the French citizens, as July 1789 did. But we see that it wasn’t the tsunami that they hoped for, it didn’t change anything. They died for nothing but at the same time, for their ideology.

Which is why I would really recommend that you read it!

My year in books according to Goodreads (2016)

As with last year, I’ve decided to share my year in books, for 2016 from Goodreads, you can find it right here! Below you can find a list of all the books that I read in 2016. And if I did a review of the […]