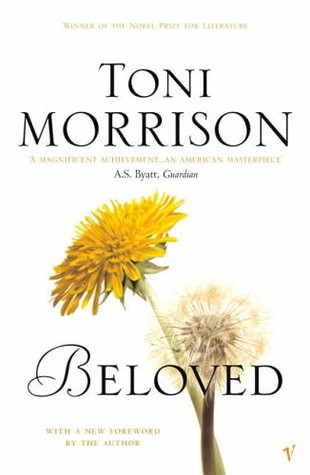 Beloved is a book I had to read for my American literature class this year. I took the book first because I have ancestors who were slaves in the West Indies. And I wanted to read a book that was about their lives. About how they could have felt once they were free if it was the blessing we all think it was, now in the 21st century. Or if there were some more conflicting sides to the freeing of slaves. Even though in France, things weren’t as bad for free slaves as in the United States.

Freeing yourself was one thing, claiming ownership of that freed self was another.

The novel is about Sethe, a former slave, and her daughter Denver who lives in Cincinnati, Ohio. Denver had other siblings, two brothers. Howard and Buglar fled the house after their grandmother’s death and an older sister who died as a toddler.

One day, Paul D, another former slave who worked at the same plantation, Sweet Home, as Sethe, appears on Sethe’s house’s front porch. Once inside the house, Paul D realizes that the house was haunted and decided to chase the ghost from the house.

Three days later, a mysterious young lady shows up at the house and says her name is Beloved. She starts intruding on the life of Sethe, Denver, and Paul D. She manages to chase Paul D from the house.

Denver was the first to realize that Beloved was, in fact, the flesh and blood manifestation of her dead sister’s ghost. Who was killed by Sethe in despair, not wanting her children to know what slavery is? But once Sethe realizes it too, she starts abandoning her own life and focuses only on Beloved. She stops eating, sleeping, and working.

Once that she sees that things have gone too far, Denver gets out of the house to find a job. And the word starts to travel around the city that a ghost, flesh and blood one, haunts Sethe and her home. The woman of the town gathers and chases the spirit from the house.

I loved Beloved because, first, all of the stories feels somehow real, even though it is a ghost story. And also because you see some truly awful things that Sethe has done in the name of love. And somehow, after the initial shock, you begin to understand her.

I learned that slave women forbade themselves from loving their children as they could be taken away from them at any moment. I also really comprehended the horror that was slavery. The plantation in the novel is called Sweet Home, and the slaves in it are treated humanly. So we are inclined to think that they weren’t all that bad in there. But throughout, we realize that even though it was a quiet and respectable environment, they still weren’t happy at Sweet Home. And even more so when a new owner comes in.

The horror of slavery is also made prominent in the reason Sethe killed her child. Sethe was a runaway, along with her four children. They weren’t allowed to get out of the state and could be recaptured at any moment by their owners.

One day, the Schoolteacher (the current owner of Sweet Home) comes to Cincinnati to claim Sethe back. So she locks herself, along with her four children, in a shed, hoping that Schoolteacher won’t find her. But if he finds them, she decides to kill all her children. She hopes that she would spare them a horrible life as a slave, but she only manages to kill Beloved, her 2-year-old, because both her boys, who are older, struggle too much. I think that when you are willing to slit the throat of your toddler with a rusted tool to spare them something, then it means that this something was genuinely horrible, less horrible than killing your child.

Like Loading...
Classics, Fantasy, Review, Science Fiction
-
2 Comments
Sex and the City by Candace Bushnell
Harry Potter and the Chamber of Secrets by J.K. Rowling

2 thoughts on “Beloved by Toni Morrison”