I’ll admit it. I’m a huge Harry Potter fan. I even got a tattoo of the deathly hallows on my ankle, but I’m ashamed to say it, until this year, I hadn’t read any of the books except the last. So when I decided to read them, I read Harry Potter and the Philosopher’s Stone at the beginning of August!

Everybody knows the story of Harry Potter. It’s a boy who grew up an orphan, raised by his aunt and uncle, who treated him like garbage his whole life. Then, one day he discovers that he was a wizard on his 11th birthday when the half-giant Hagrid came bursting his door.

He then enrolls in Hogwarts School of Witchcraft and Wizardry. Where Harry befriends Hermione Granger and Ron Weasley and is taught magic under the supervision of Albus Dumbeldore. Harry, along with his two friends, is sorted in the house of Gryffindor. One of the four houses composing Hogwarts with Slytherin, Hufflepuff, and Ravenclaw. (Where I think I’ll be if I were to live in this beautiful fictional world)

It is at Hogwarts that Harry learns that he is unique. He is the only one who survived the death curse put on him by the evil wizard Voldemort and managed to defeat him at the same time. But not everyone is convinced that Lord Voldemort was killed that night. He still has many faithful servants who want to help him rise to power again.

During the whole school year, Harry begins being suspicious with professor Snape, his potion professor and thinks that he somehow has something to do with the break-in that occurred in Gringotts bank the day he and Hagrid were there. He began investigating the strange events in the school with the help of Ron and Hermione.

They discover that what Hagrid had taken away from Hogwarts’ safe was the philosopher stone, which allows a person to resurrect or prolong his own life, and it was that the people who broke into Gringotts tried to steal. They also found out that professor Dumbledore, with other Hogwarts schoolteachers like Snape, managed to hide the stone somewhere in the school where no one could find it.

The trio begins to suspect more and more professor Snape and decides one night to find the philosopher stone before he does. They manage to pass all the obstacles that were put by the schoolteachers, but only Harry can get into the room where the stone is hidden.

There, he found out that it is professor Quirrell, the Defense against the Dark Arts teacher, who was behind everything strange and that he is, indeed, one of Lord Voldemort’s followers, who happens to live on the back of Quirrell’s head.

Harry gets stuck inside the room with professor Quirrell and a weak Voldemort, and he finds out that he has the stone in his pocket. He managed to defeat Quirrell and thus Voldemort when he discovered that his touch burned the skin of Quirrell.

In the end, everything gets back to normal in Hogwarts, but there is a threat of Voldemort’s return to power. At the end of the school year, Harry goes back to living with his aunt, uncle, and cousin, the Dursleys, but this time they treat him differently because they are afraid he might hurt them with his magic.

Reading that book at 20 for the first time was as magical as watching the first movie when I was six years old in the theater. I was disappointed with myself because I hadn’t made an effort to read it before then. It’s one of the best beginnings of a book series that I have ever read, but more than that, it’s the continuation of a piece of my childhood. I think everyone in my generation has the same feeling towards Harry Potter. We grew up with him. The first movie came out when I was six, and the last when I was 17. I spent my whole childhood and most of my teenage years with Harry by my side.

To everyone who was like me and didn’t read the book and only saw the movie, I highly recommend reading it. It is a whole different experience than watching it on a big screen, even though I picture all the characters the way they are in the movie, for me Harry is and always will be Daniel Radcliffe, the same goes on for Hermione or Ron. 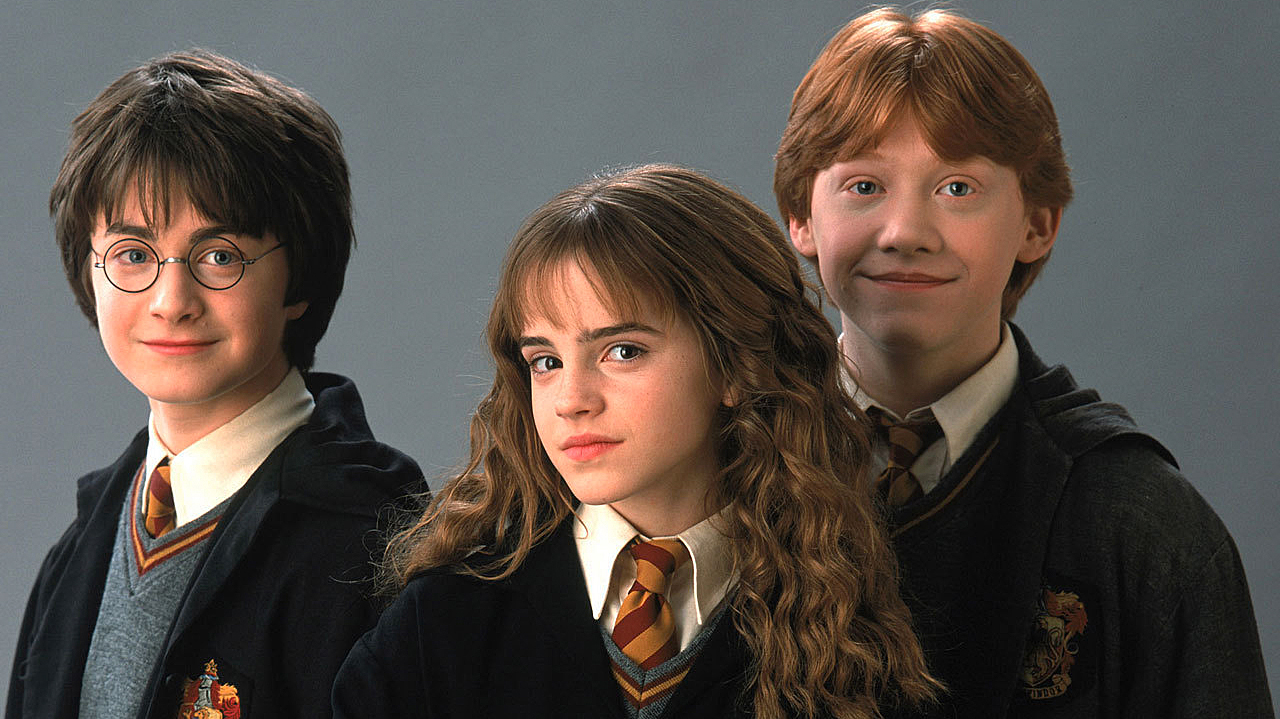 Harry Potter and the Prisoner of Azkaban

Harry Potter and the Goblet of Fire

Harry Potter and the Order of the Phoenix

4 thoughts on “Harry Potter and the Philosopher’s Stone by J.K. Rowling”